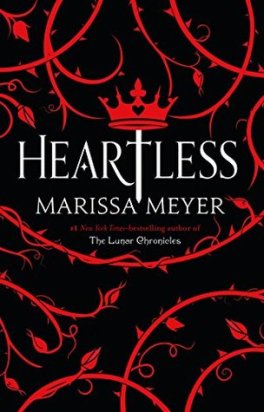 “Stuff and nonsense. Nonsense and stuff and much of a muchness and nonsense all over again. We are all mad here, don’t you know?”
― Marissa Meyer, Heartless

After my last read being so violent and depraved I turned to Heartless hoping for something a little lighter. Something that would leave me with a good feeling. What I got instead was the absolute worst book hangover I have ever had. I finished it nearly a day ago now and it is still dancing around in my head. The story got it’s hands in me and won’t let me go. 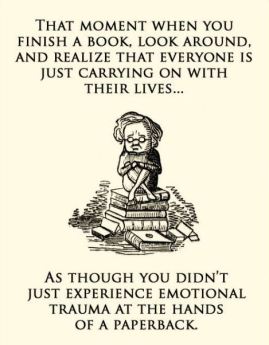 From Alice in Wonderland we all know the general cast of characters that come from the classic Lewis Carroll novel. We have The Mad Hatter, the Queen of Hearts,the Cheshire Cat, the Caterpillar, and a bevy of other characters that all seem at least a little out of their right minds. They are all lovable in their own ways and have made a lasting impression across generations since initial publication in 1865. What we have in Heartless is (mostly) this same cast of characters before Alice fell down the rabbit hole. Before the reign of the Queen of Hearts. They each delighted and entertained me. Most broke my heart.

Catherine, our lovely heroine, is a young woman with dreams of opening her own bakery with her maid and dear friend Mary Ann. Being the daughter of aristocrats her parents obviously don’t want her filling her head with such nonsense as having a career or owning her own business. That, in their minds, is simply and utterly beneath them. What they want, which of course overrules anything Cath may want for herself, is to have their daughter married off to the King of Hearts. Cath is absolutely, unreservedly, and entirely against it.

The king is a spineless dolt of a man who is very jovial in his ignorance of anything that could potentially be upsetting. His determination to ignore things that tip the happy balance of his kingdom has spread to his subjects and they all live in a contented state of cluelessness. The king plans to propose to Catherine, it never crossing his mind that she may be against it, at a ball and all the nobility in Hearts are invited. At the ball there is an attack by the dreaded Jabberwock and, luckily for Cath, his proposal is cut short and she dashes out into the night.

And into the arms of Jest.

Jest is the king’s court jester and quickly becomes the love interest of Cath. Jest, while I adore him, never felt completely right to me as a character. He was just too perfect. The author has explanations for this within the book but it still just rubs me ever so slightly the wrong way. I want my hero to seem human, which seems silly in the context of a book where many of the characters are in fact not human. Humans have flaws and imperfections which make them relatable. Jest seems to have none of that. Luckily for him it doesn’t make him obnoxious and you easily come to love him anyway.

Throughout the story we also meet Hatta. Hatta, known by Alice as the Mad Hatter, is perfectly sane and logical, thank you very much. This is something I love about the book. We know that at some point Hatta’s sanity takes a leave of absence but here he is an intelligent, logical man with an unprecedented talent for making hats and being mildly mysterious.

We follow Cath in her adventures as she attempts to thwart the king from his wooing of her, continues her efforts to open her own bakery, gets confusingly courted by Jest, and then watch it all come spiraling down in an out of control avalanche. I read another review of this book which I completely agree with. I would like to take the last five or so chapters of this book and forget that they happened. It would entirely change the entire story for the future Alice and I would be completely content with that. Don’t get me wrong, they are wonderfully written and it brings the story as a whole to a conclusion in preparation for Lewis Carroll’s world, but it completely breaks my heart.

There are so many lovely details of this book that bring it all together into an irresistible whole. It is magic and fun and love and mystery and, in the end, completely, emotionally draining. I don’t want to pick up another book yet because the world within this one still has it’s hold on me.

“These things do not happen in dreams, dear girl,’ he said, vanishing up to his neck. ‘They happen only in nightmares.’
His head spiraled and he was gone.”

12 thoughts on “Heartless by Marissa Meyer”