Welcome to this week’s installment of Top Ten Tuesday! This week’s the theme is to discuss your most anticipated releases for the second half of 2017. I admit, most of the books I had been anticipating for this year have already been released but there are still a few on the horizon that warrant some attention. (The books below are listed in no particular order) 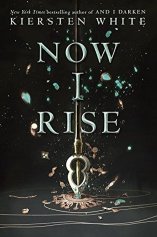 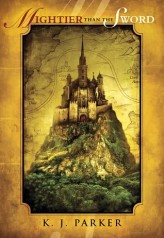 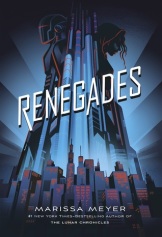 For nearly a century, the Nomeolvides women have tended the grounds of La Pradera, the lush estate gardens that enchant guests from around the world. They’ve also hidden a tragic legacy: if they fall in love too deeply, their lovers vanish. But then, after generations of vanishings, a strange boy appears in the gardens.

The boy is a mystery to Estrella, the Nomeolvides girl who finds him, and to her family, but he’s even more a mystery to himself; he knows nothing more about who he is or where he came from than his first name. As Estrella tries to help Fel piece together his unknown past, La Pradera leads them to secrets as dangerous as they are magical in this stunning exploration of love, loss, and family.

– Now I Rise (The Conqueror’s Saga #2) by Kiersten White (July 27)
Lada Dracul has no allies. No throne. All she has is what she’s always had: herself. After failing to secure the Wallachian throne, Lada is out to punish anyone who dares to cross her blood-strewn path. Filled with a white-hot rage, she storms the countryside with her men, accompanied by her childhood friend Bogdan, terrorizing the land. But brute force isn’t getting Lada what she wants. And thinking of Mehmed brings little comfort to her thorny heart. There’s no time to wonder whether he still thinks about her, even loves her. She left him before he could leave her.

What Lada needs is her younger brother Radu’s subtlety and skill. But Mehmed has sent him to Constantinople—and it’s no diplomatic mission. Mehmed wants control of the city, and Radu has earned an unwanted place as a double-crossing spy behind enemy lines. Radu longs for his sister’s fierce confidence—but for the first time in his life, he rejects her unexpected plea for help. Torn between loyalties to faith, to the Ottomans, and to Mehmed, he knows he owes Lada nothing. If she dies, he could never forgive himself—but if he fails in Constantinople, will Mehmed ever forgive him?

As nations fall around them, the Dracul siblings must decide: what will they sacrifice to fulfill their destinies? Empires will topple, thrones will be won . . . and souls will be lost.

– Mightier than the Sword by K.J. Parker (June)

World Fantasy Award winner K.J. Parker’s newest novella Mightier than the Sword presents itself as a translated oddity of a document called “Concerning the Monasteries”. But in true Parker style, this novella is instead a sprightly, riveting tale that reveals secret upon secret, building to an ending at once perfect and perfectly unpredictable.

An Imperial legate is called into see his aunt, who just happens to be the empress running the civilized world while her husband’s in his sick bed. After some chastisement, she dispatches her nephew to take care of the dreaded Land and Sea Raiders, pirates who’ve been attacking the realm’s monasteries.

So begins a possibly doomed tour of banished relatives and uppity royals put in charge of monasteries like Cort Doce and Cort Maleston, to name a few. While attempting to discover the truth of what the pirates might be after, the legate visits great libraries and halls in each varied locale and conducts a romance of which he knows – but doesn’t care – his aunt will not approve. With enough wit and derring-do (and luck), the narrator might just make it through his mission alive… or will he?

Nova has a reason to hate the Renegades, and she is on a mission for vengeance. As she gets closer to her target, she meets Adrian, a Renegade boy who believes in justice—and in Nova. But Nova’s allegiance is to a villain who has the power to end them both.

I know that this is a top ten list but I think I am going to stop here. Why? I love being surprised by new releases! I absolutely love stumbling across a new book propped up in all it’s glory on some display in a store. I love to log into Amazon and it give me a list of fabulous looking new releases in my recommendations. I like to be pleasantly surprised. Sure, there are some books (mostly ones as part of a series) that I know about in advance because I’m invested in the characters and story but for the most part I love just stumbling across a book. That is how I’ve found many of my favorite authors. I’ve just walked into a store and been pulled in by their cover or an artful display. The surprise makes it exciting!

What books are you looking forward to in the later half of 2017 or are you like me and like the surprise?

I read and review fiction.