Hello and welcome to this edition of Down the TBR Hole! I’ve finally reached the part of my TBR list on Goodreads that I actually, at least vaguely, remember adding. Exciting, isn’t it? Yes? No? 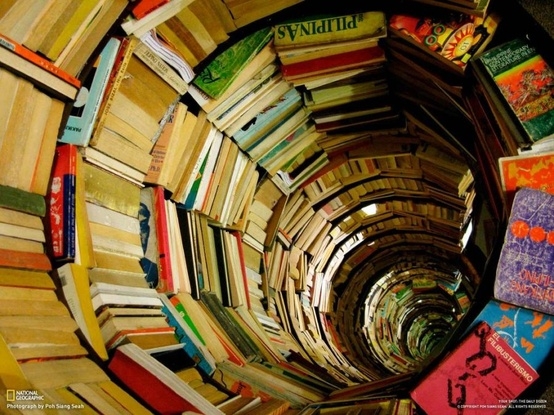 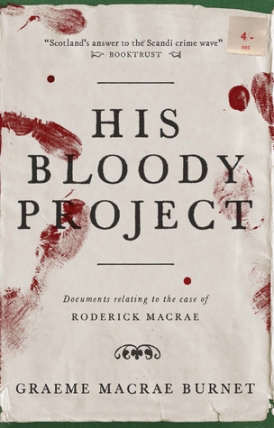 A brutal triple murder in a remote Scottish farming community in 1869 leads to the arrest of seventeen-year-old Roderick Macrae. There is no question that Macrae committed this terrible act. What would lead such a shy and intelligent boy down this bloody path? Will he hang for his crime?

Presented as a collection of documents discovered by the author, His Bloody Project opens with a series of police statements taken from the villagers of Culdie, Ross-shire. They offer conflicting impressions of the accused; one interviewee recalls Macrae as a gentle and quiet child, while another details him as evil and wicked. Chief among the papers is Roderick Macrae’s own memoirs, where he outlines the series of events leading up to the murder in eloquent and affectless prose. There follow medical reports, psychological evaluations, a courtroom transcript from the trial, and other documents that throw both Macrae’s motive and his sanity into question. Graeme Macrae Burnet’s multilayered narrative will keep the reader guessing to the very end.

I certainly love a good crime book from time to time and this one sounds like it has an interesting format. I think it will get to stick around for a while. 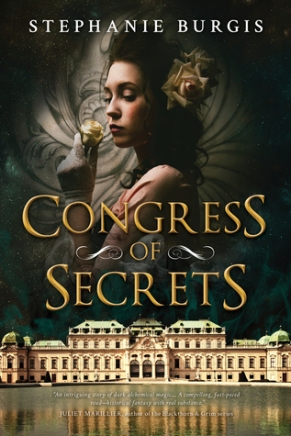 Congress of Secrets by Stephanie Burgis

In 1814, the Congress of Vienna has just begun. Diplomats battle over a new map of Europe, actors vie for a chance at glory, and aristocrats and royals from across the continent come together to celebrate the downfall of Napoleon…among them Lady Caroline Wyndham, a wealthy English widow. But Caroline has a secret: she was born Karolina Vogl, daughter of a radical Viennese printer. When her father was arrested by the secret police, Caroline’s childhood was stolen from her by dark alchemy.

Under a new name and nationality, she returns to Vienna determined to save her father even if she has to resort to the same alchemy that nearly broke her before. But she isn’t expecting to meet her father’s old apprentice, Michael Steinhüller, now a charming con man in the middle of his riskiest scheme ever.

The sinister forces that shattered Caroline’s childhood still rule Vienna behind a glittering façade of balls and salons, Michael’s plan is fraught with danger, and both of their disguises are more fragile than they realize. What price will they pay to the darkness if either of them is to survive?

I’m on a fence about this one. The overall rating on Goodreads is hovering near my typical 3.5 cutoff but some reviewers I trust gave it 4s and 5s. Hm, what to do what to do. I think I’m going to keep a hold of this one. If I want to delete it later, that’s fine, but for right now it can stick around. 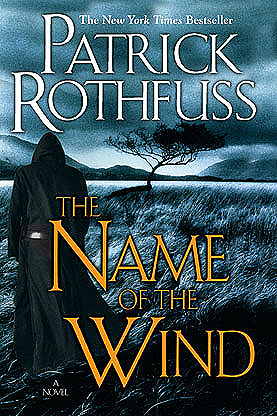 Told in Kvothe’s own voice, this is the tale of the magically gifted young man who grows to be the most notorious wizard his world has ever seen.

The intimate narrative of his childhood in a troupe of traveling players, his years spent as a near-feral orphan in a crime-ridden city, his daringly brazen yet successful bid to enter a legendary school of magic, and his life as a fugitive after the murder of a king form a gripping coming-of-age story unrivaled in recent literature.

A high-action story written with a poet’s hand, The Name of the Wind is a masterpiece that will transport readers into the body and mind of a wizard.

Sigh. I keep telling myself I’m going to read this but am I actually ever going to do it? High fantasy, which isn’t my favorite, over 650 pages, and many reviews state that it gets rather slow going at points. However…it is Rothfuss. 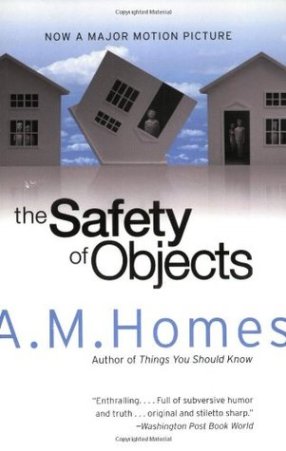 The Safety of Objects by A.M. Homes

Look, I’m just going to nope out on this one. 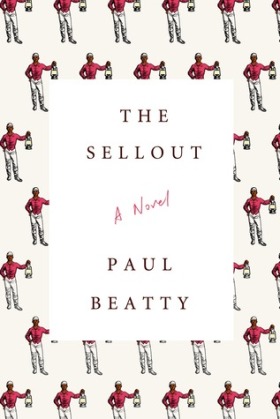 The Sellout by Paul Beatty

Paul Beatty’s The Sellout showcases a comic genius at the top of his game. A biting satire about a young man’s isolated upbringing and the race trial that sends him to the Supreme Court, it challenges the sacred tenets of the United States Constitution, urban life, the civil rights movement, the father-son relationship, and the holy grail of racial equality—the black Chinese restaurant.

Born in the “agrarian ghetto” of Dickens—on the southern outskirts of Los Angeles—the narrator of The Sellout resigns himself to the fate of lower-middle-class Californians: “I’d die in the same bedroom I’d grown up in, looking up at the cracks in the stucco ceiling that’ve been there since ’68 quake.” Raised by a single father, a controversial sociologist, he spent his childhood as the subject in racially charged psychological studies. He is led to believe that his father’s pioneering work will result in a memoir that will solve his family’s financial woes, but when his father is killed in a police shoot-out, he realizes there never was a memoir. All that’s left is the bill for a drive-thru funeral.

Fueled by this deceit and the general disrepair of his hometown, the narrator sets out to right another wrong: Dickens has literally been removed from the map to save California from further embarrassment. Enlisting the help of the town’s most famous resident—the last surviving Little Rascal, Hominy Jenkins—he initiates the most outrageous action conceivable: reinstating slavery and segregating the local high school, which lands him in the Supreme Court.

I added the last two books on the same day. What was I doing? These aren’t up my alley at all. They do have good rating on Goodreads but just not my type of book.

Not nearly as successful as my last purge but still not bad. Do you ever see books on your list and just sit and wonder why the heck they are there? Maybe I was feeling adventurous or depressed that day. Who knows. Either way, happy Monday everyone!