If you are a fan of YA literature, and don’t live under a rock, you probably have heard about the New York Times YA Bestseller List. For 25 weeks, The Hate U Give by Angie Thomas has been in the top spot and deservedly so. Yesterday, when the updated list was announced, The Hate U Give had been bumped from the top spot. Taking it’s place was Handbook for Mortals by Lani Sarem. 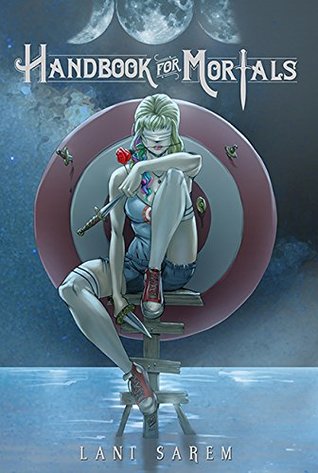 I don’t blame you for not recognizing it, I didn’t either. Most of the YA reading community didn’t. So how, you might ask, did it end up on the NYT list when the readers themselves hadn’t heard of it?

Read the full story from Entertainment Weekly to get all of the juicy details, but, to make it short and sweet, it bought it’s way onto the list. Not bought as in honest readers ordered and purchased this book, but it was purchased in bulk from suppliers who specifically report their sales for the NYT list.

This book scammed it’s way into the #1 spot, knocking out The Hate U Give.

The YA twitter community, to say the least, exploded and the charge was headed up by Phil Stamper @stampepk. Through questions, research, and making a great deal of internet noise the NYT took notice and investigated the placing of Handbook for Mortals for themselves. In the end, the book was removed and The Hate U Give reclaimed it’s rightful place.

It’s no secret that sometimes the rules are bent and stretched but Handbook for Mortals obliterated them and faced the consequences. I won’t be touching this book and I know many of us in the reading community won’t be now either.

13 thoughts on “The NYT Bestseller Scandal”