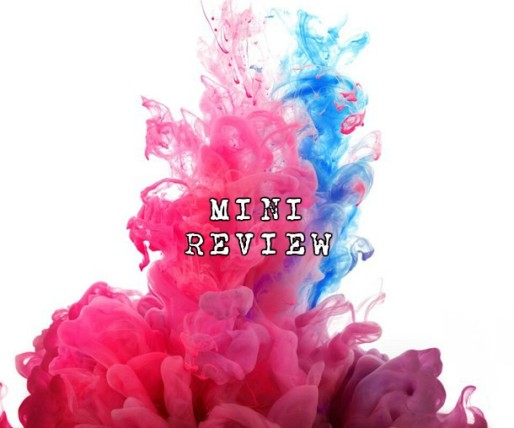 The last two months I’ve been in a bit of a reading rut. We’ve all had them, I know, but it is still a bit depressing. So, while I haven’t been reading a lot, I have made my way through a few books. Here, I’d like to just give a short mini review on two of the books I have finished. 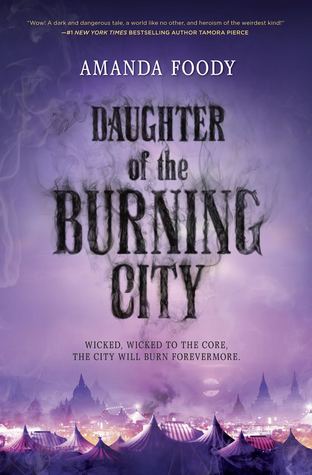 Daughter of the Burning City by Amanda Foody

“The smoke is part of Gomorrah’s legend: once upon a time, we were burned to the ground. But we did not die. Instead we kept burning, kept moving, kept growing. The smoke surrounds us, even if we no longer burn.”

Anyone who has any interest in fantasy novels has heard about this book throughout the summer. There was so much build up to its release which, in my experience, usually leads to a let down for the book.  In this case, the hype was well founded.

Foody crafted an immersive story that I felt was very unique. Sure, there have been a few books that have seen set in a circus or carnival. The first two that come to mine are Caraval and The Night Circus. While Daughter of the Burning City also has a carnival/circus setting it is not similar in feeling, at all, to either of those books. The setting felt entirely unique and was well done.

Our cast of characters are also very unique and, to be honest, were rather unexpected. We have Sorina, our main character. She didn’t remind me of so many of the females in fantasy that you usually see. Sorina knew she was unique and had flaws, but was still brave and tried to do her best in difficult circumstances. She can create physical, moving, sentient beings from her mind.

The beings she has created and sees as her family have begun to be murdered when they physically shouldn’t be able to be as they are not technically alive. Each of her creations have their owns personalities and traits. They can make their own choices and have free will but they are not truly alive in the traditional sense. Throughout the story, Sorina is attempting to find out how they are being murdered.

There is certainly more to the story but that is it in a nutshell. Daughter of the Burning City is an unique book that I enjoyed very much. I would consider it a must read for those fans of fantasy who like a little something darker mixed it. 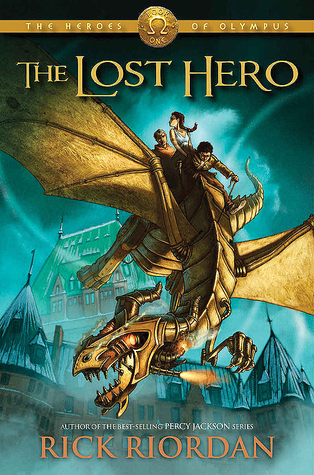 The Lost Hero (The Heroes of Olympus #1) by Rick Riordan

“Jason scratched his head. “You named him Festus? You know that in Latin, ‘festus’ means ‘happy’? You want us to ride off to save the world on Happy the Dragon?”

Did I read a middle grade novel? Yes. Did I enjoy it immensely? Sure did! Some snot nosed turd saw me reading it and asked, “Isn’t that a kids book?” No you little brat, it is a book. Anyone can read it. My 75 year old granny can read it. Actually, I’m pretty sure my response was just, “Yup,” as I continued reading. A) Not worth my time. B) I’m reading, leave me alone!

There are a few things about Riordan’s books, not just this one, that really appeal to me. First, has writes characters from all walks of life. In The Lost Hero we have Leo, a Hispanic young man who was made an orphan and has been on the run the last few years. Piper, the girl with a movie star father who is always ignored and pushed aside, always made someone else’s problem. Then there is Jason whose mother killed herself and he was given to the Roman camp of demi-gods to be raised.

Different walks of life, different circumstances, yet these three kids come together to save the world. Of course there are Greek and Roman gods involved as well has giants, Mother Earth, a big metal dragon, Midas, and all sorts of other characters from history. It is really a fun book yet still the weakest of Riordan’s Heroes of Olympus series.

Have you read either of these books? What did you think?

The Magical World of Reading

Reading is Dreaming with Open Eyes

Geek life, it's like real life, but with dragons.

Reading and Reviewing for You!