Sister Theresa handed me this farewell gift with such relief that it might as well have been a key to her shackles. I’m a burden to her no more. Someone else will have to glue her desk drawers closed and exchange her communion wine for whiskey.

Oh, I suppose I ought to clarify the word asylum, as it has its connotations.

The only illnesses the students of the Connecticut Asylum have are those of the ears and the tongue. The mute, or the deaf, are not the mentally ill. Those poor souls are cloistered someplace else, thank God. We had enough troubles on our own. 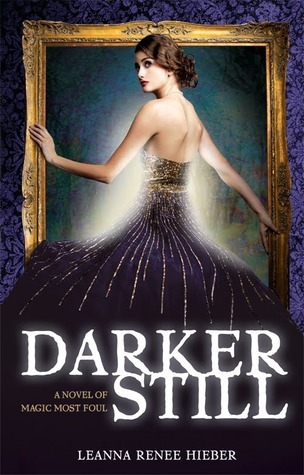 I read this book ages ago. So long ago, in fact, that it isn’t even on my Goodreads reading list so I have to assume it was sometime in my early twenties. That is a disturbing thought. I do have a vague memory of enjoying this book and it is fairly short so maybe I’ll pick it up again sometime and see if my enjoyment of it as a young adult translates to my current bitter adult form.

It was as if he called to me, demanding I reach out and touch the brushstrokes of color swirled onto the canvas. It was the most exquisite portrait I’d ever seen–everything about Lord Denbury was unbelievable…utterly breathtaking and eerily lifelike.

There was a reason for that. Because despite what everyone said, Denbury never had committed suicide. He was alive. Trapped within his golden frame.

I’ve crossed over into his world within the painting, and I’ve seen what dreams haunt him. They haunt me too. He and I are inextricably linked–bound together to watch the darkness seeping through the gas-lit cobblestone streets of Manhattan. Unless I can free him soon, things will only get Darker Still.