The sounds of clinking china and animated chatter faded as Olivia’s cheeks warmed, and the rhubarb tart she’d consumed moments before threatened to disembark. And yet, as she continued to stare. The gentleman in question raised his glass in salute, sharp blue eyes glittering as they locked on her face. His lips tilted, and the smile swept through her as a spirit might pass through one’s body, leaving her breathless.

The young man’s uncommon good looks assured her she would have remembered if they had met before. So why then did the places of his face, the way he flicked his dark hair out of his eyes, and the restless tap of his fingers against his thigh send jitters of recognition through her chest? 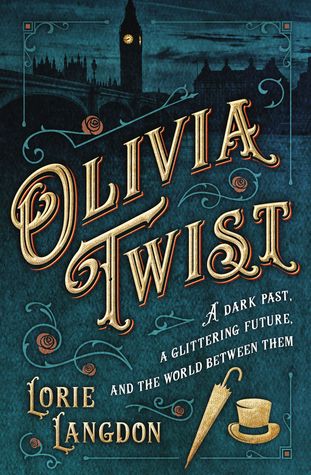 I picked this books up a few months ago during a great Kindle ebook sale through Amazon. This reimagined Oliver Twist seems like it is going to be fascinating story with a lot of twists and turns. Yes, it is a bit of a YA romance which usually isn’t my cup of tea but I think for this book I’ll make an exception.

​Olivia Brownlow is no damsel in distress. Born in a workhouse and raised as a boy among thieving London street gangs, she is as tough and cunning as they come. When she is taken in by her uncle after a caper gone wrong, her life goes from fighting and stealing on the streets to lavish dinners and soirees as a debutante in high society. But she can’t seem to escape her past … or forget the teeming slums where children just like her still scrabble to survive.

Jack MacCarron rose from his place in London’s East End to become the adopted “nephew” of a society matron. Little does society know that MacCarron is a false name for a boy once known among London gangs as the Artful Dodger, and that he and his “aunt” are robbing them blind every chance they get. When Jack encounters Olivia Brownlow in places he least expects, his curiosity is piqued. Why is a society girl helping a bunch of homeless orphan thieves? Even more intriguing, why does she remind him so much of someone he once knew? Jack finds himself wondering if going legit and risking it all might be worth it for love.

Olivia Twist is an innovative reimagining of Charles Dickens’ classic tale Oliver Twist, in which Olivia was forced to live as a boy for her own safety until she was rescued from the streets. Now eighteen, Olivia finds herself at a crossroads: revealed secrets threaten to destroy the “proper” life she has built for her herself, while newfound feelings for an arrogant young man she shouldn’t like could derail her carefully laid plans for the future. (Goodreads)